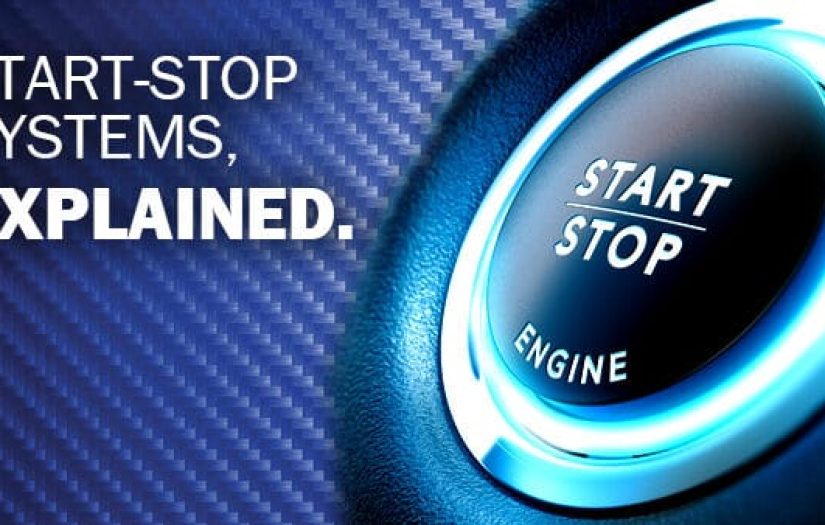 Once only found in the realm of hybrid-electric models, Stop-Start systems have now become common technology found on luxury and economy vehicles alike. Many vehicle systems were rethought and revamped as a part of the adoption of engine Stop-Start, with both mechanical and electrical components having to change to accommodate its requirements.

An Overview of Engine Stop-Start Systems

Stop-Start systems work by shutting down the engine when the vehicle is stopped and restarting it when the vehicle is ready to move again. Most are engaged by a complete vehicle stop (often after a short pause to ensure the stop is not momentary). The system remains engaged until the driver releases the brake pedal, indicating to the throttle to begin moving again. Most manufacturers have timed the restart to coincide with the point where the driver’s foot will most likely be on the throttle, in order to make the process as seamless as possible.

An engine Stop-Start system can also restart the engine when other parameters are in place, such as when the air conditioning compressor needs to operate or when engine coolant should be circulated. Most systems also monitor battery power availability and the vehicle’s power usage in order to avoid excessive battery drain when the engine isn’t running.

The goal of a Stop-Start system is to improve in-city fuel economy during stop-and-go driving. In most deployments, these systems can add 3-10 percent efficiency to the vehicle’s fuel economy. Most vehicles see about 5 percent improvement.

The engineering challenges involved with mass adoption of Stop-Start systems, however, was not simple. Most traditional starting system components were designed for a relatively limited number of startup cycles. A Stop-Start system engages the starting circuit, on average, 100 times more often than traditional systems. This meant that fundamental changes to the starting circuit – something that had remained largely unchanged for decades – were required.

What Has Changed in the Stop-Start Starting Circuit

Today’s vehicles, designed to operate with Stop-Start as a core technology, have several upgrades designed to mitigate the issues that may arise as a result of stopping and starting the engine many times on a daily basis. It begins with the most fundamental part of the starting system: the starter.

Traditionally, automotive engines had a spring-loaded pinion gear, designed in 1917 by Charles Kettering, to engage and disengage from the flywheel during engine startup. The device would push the gear into place during engine start and then pull it off the flywheel once the engine cranked to a start. This device was key to “crankless” engine technology. Kettering’s system worked fine when the cranks only happened a few times a day and time was not a factor. With Stop-Start systems, however, time becomes a factor because no one wants to be sitting for extended periods at a stoplight that’s just turned green.

Stop-Start systems typically use a totally different starter design but also utilize a different methodology for interaction between the starter and the rest of the system. As noted in this article from greencarreports.com, “The gear ratio from the starter-drive pinion to the flywheel ring gear is optimized to make the starter’s motor turn more slowly. This can be done without materially changing the design of the transmission or flywheel at all on existing designs. Crucially, this reduces starter-motor speed (in RPM), since 90 percent of starter-motor brush wear occurs not during cranking, but during the coast-down after the start has finished. If a higher-torque motor can spin more slowly, its coast-down time is shorter, increasing its longevity.” The crux of the article was about why Stop-Start systems don’t destroy starters as a result of the many more stops and starts seen by these systems, but it also does a great job of explaining how the entire system has been reengineered to achieve the goals of Stop-Start.

In addition, some automakers have begun to dispense with the starter altogether, moving instead to combustion-based startups. Mazda uses a starter for initial cranking of the engine when cold, but otherwise uses a sparked firing in a cylinder to turn the crank and begin the start process without a starter during Stop-Start operations. 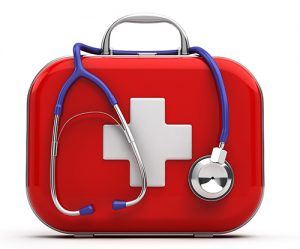 One of the greatest issues with Stop-Start systems is the question of engine wear. It’s well known that a cold engine start is the most vulnerable time for an engine, in terms of wear and tear. Lubricants haven’t circulated, things are still cold (and thus “looser”), and RPM are generally higher. With Stop-Start, however, the engine is already at temperature, lubricants are warm and circulated and RPM is lower.

There were still issues, however, including increased wear potential and the “rattle” that occurs during startup. That rattle, which happens because the starter is generally not as smooth as a running engine when it comes to turning the crank, became the biggest problem to overcome. The solution was having dry lubricants on vulnerable components in the engine and improved bearings for smoother operation. Most components in an engine were expected to have a 50,000 start cycle lifespan a decade ago. Thanks to these improvements, those components now have three to four times traditional lifespans. 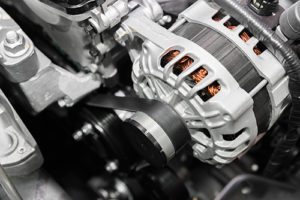 For most automakers, the adoption of Stop-Start also meant rethinking major aspects of the vehicle’s electrical system. The alternator may be expected to deliver higher output to compensate for not turning as often. Some wiring may have to handle varied loads of power, as components dependent on the vehicle’s electrical system draw power in varied conditions. The battery must be able to handle the demand of many more cranks as well as be able to withstand deeper discharge than seen by batteries in a traditional system. This has led to the deployment of new battery constructions, including Start-Stop AGM batteries and Enhanced Flooded (EFB) batteries. It has also led some manufacturers to design dual battery systems to ensure that restarting capability would not be compromised during a stop event. In most dual battery systems, the primary battery is dedicated to the starting function, while a secondary battery manages power demand during stops.

Stop-Start Systems bring numerous service implications, but we will focus on the battery-related service issues that they bring. As is usually the case, when it comes to service, we hone in on how the technician or consumer would interact with these batteries when jump starting, charging or testing them. In some ways, they don’t really pose an issue or require a change in approach, but in other ways, it is whole new ball game. 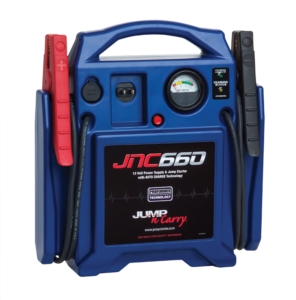 From a jump starting perspective, these batteries and systems do not require a change in approach or equipment used. When jump starting, you are essentially augmenting the vehicle’s starting capacity, where the jump starter is along for the ride during the starting event. So, as long as you have the correct voltage and your jump starter has enough power reserve, following your normal procedures should yield good results.

Charging is similar to traditional systems as well. Always remember, though, to verify your battery type to ensure that you deliver the proper charging energy to your specific battery. Start-Stop AGM batteries should be charged in the AGM setting, while EFB batteries should be charged in the Standard/Flooded setting. Failure to properly match the battery type could result in an under charge (your engine might not start) or over charge (your battery could be damaged, or worse) condition. In addition, many of these systems have advanced electronics connected to the battery. This makes it all the more important that you connect your negative charger lead to a vehicle ground (chassis or engine). If not, you could circumvent the electronics and fool your system, causing it to believe the battery has a state of charge different than the actual state of charge. This could lead to improper charging by the vehicle once it is running. 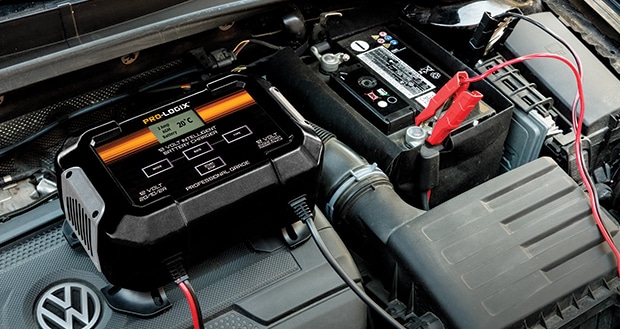 PRO-LOGIX battery chargers have specific settings for different battery types, ensuring that each charging event is as effective and beneficial as possible. In addition, they feature temperature compensation and numerous other enhancements to ensure that each battery serviced is getting exactly what it needs.

Battery testing is the service area most affected by Stop-Start Systems. As noted above, since these systems can potentially use a wide variety of battery constructions, it is very important to identify the type of battery(ies) and number of batteries deployed in the system. Battery types could include standard AGM, Start-Stop AGM or Enhanced Flooded (EFB). When testing with a digital tester, it is critical that the correct battery type is chosen. If the wrong battery type is chosen, you could get inaccurate results. It is also critical that all batteries in the system be tested. For example, a 2014 Chevrolet Malibu is likely to have an auxiliary battery in the side well of the trunk. If both it and the primary starting battery are not tested, you could end up replacing unnecessary parts during a repair. 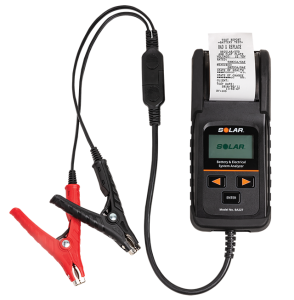 The good news is that all SOLAR Digital Testers can test six different lead acid battery types, including those most commonly found in Stop-Start Systems. Start-Stop AGM and EFB batteries are the prevalent battery types and all SOLAR digital models, from the BA6 to the BA427, have specific testing regimens for these battery types, as well as Flooded, Flat Plate AGM, Spiral Wound AGM and Gel Cell batteries.

We hope that you found this overview of Stop-Start Systems informative and useful. Vehicle systems continue to grow in complexity each year. Staying on top of this continuing evolution isn’t easy but it is necessary if you want to be both effective and efficient in your service routine. What is the biggest service issue you have encountered when servicing vehicles that utilize these systems? Please join the discussion in the comments below.

PrevPreviousPinpoint Light for Numerous Applications
NextClean, Stable, Responsive – What Does This Mean in a Power SupplyNext

Getting the Most from Your Jump Starter