Electrical System Diagnosis: Back to Basics 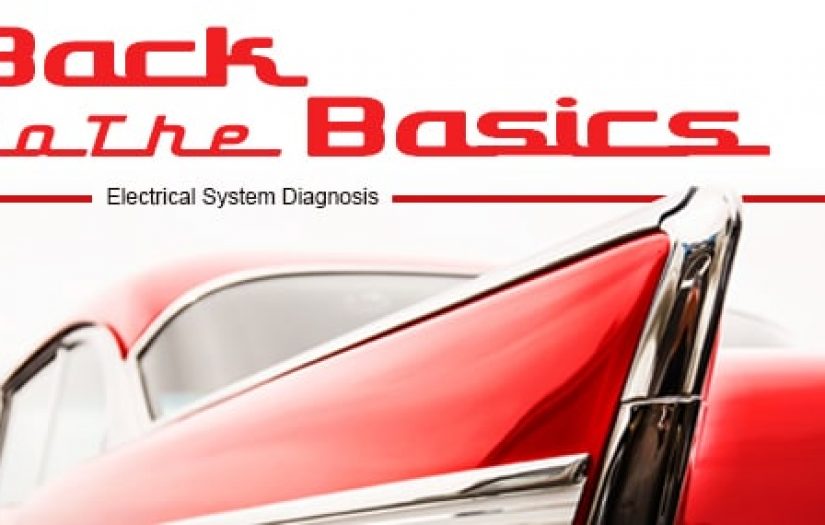 With the New Year in full swing, now seems like a great time to revisit the basics of electrical system diagnosis. When we read articles from many of the leading experts in the field, there seem to be several points of emphasis that they have in common. These include the importance of having good schematics for the vehicle under test, the need to view the electrical system as a whole, taking note of the way problems in one area can manifest themselves in totally separate areas of the system, the usefulness of voltage drop testing in pinpointing the source of problems such as parasitic drains and the negative impact of poor grounds on system performance. We have touched on all of these points in various articles over the years, but it never hurts to have a refresher.

It All Starts with the Battery

We have read hundreds, perhaps thousands, of articles and posts related to electrical system diagnosis. Without a doubt, the first step 1 cited by countless experts in the field is, “Did you check that the battery is in good condition?” Almost every one of those authors/commenters would say that it is nearly impossible to accurately diagnose an electrical problem if the vehicle does not have a good, fully charged battery. But, what might cause that not to be so? Our first article, by Larry Carley in Counterman, addresses that very question. 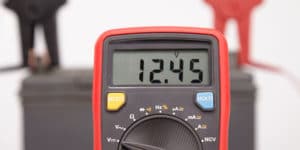 Battery sales jump twice a year, during the hottest weeks of summer and during the coldest weeks of winter. Heat is hard on batteries because it increases the rate of water evaporation from the cells even in sealed top batteries. Cold is hard on batteries because lower temperatures sap the cranking power of the battery, forcing it to work harder to start a cold engine…Read more

Our next article, by Bob Chabot in Motor Magazine, brings together many of these concepts in a clear, complete and informative way. In this article, he emphasizes the value of a systematic approach and the benefit it brings to the shop and the technician. 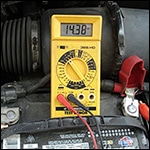 “The basics and how you apply them have become an industry focus, as the proliferation of software, electronics and networking in modern and emerging vehicles make proficiency a differentiator for shop profits and technician earnings.” Read More

The next article we’d like to spotlight, by Dave Macholz in Motor Age, addresses the usefulness of applying theory to real world electrical dilemmas. As he states,

The Ins and Outs of Voltage Drop Testing

Voltage drop testing is a topic we have covered several times. Judging by how often it is addressed in trade publications, it is safe to say it is a popular topic. In this article from SearchAutoParts.com, Bernie Thompson from Automotive Test Solutions reviews the theory behind voltage drop, discussing the relationship between voltage, current, resistance and more – or, as we say – Fun with Ohm’s Law.

As he concludes, “With a basic understanding of these principals and a little practice you will soon be able to navigate these complex systems. When diagnosing the modern vehicle just remember to follow the data. The data that you gather during your diagnoses will always guide you to the problem.” Read More

As noted above, a common source of electrical problems is a faulty ground connection somewhere in the troubled circuit. We see this play out a lot in iATN posts, including a recent post related to an engine replacement. The repair went great and the vehicle worked well for a period after being returned to the customer, only to find some weeks later that it was suffering an intermittent No Crank / No Start issue, which ultimately was determined to be caused by a poor ground connection in a difficult to reach location. 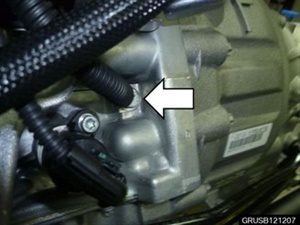 Here are two recent examples of poor grounds impacting system performance, the first a loss of power caused by corrosion in the chassis grounds, the second a no start condition caused by a poor engine ground.

We hope that this review is helpful to you. If you like what you see, please review the “Articles” section of this site for similar pieces addressing these topics. There are many excellent articles out there written by numerous electrical system experts, such as Gary Goms, Pete Meier, Andrew Markel, Albin Moore and others, some which we have referenced in the past. As vehicle complexity increases, understanding the basics and how to apply them will provide the foundation needed to be both effective and efficient in electrical system diagnosis.