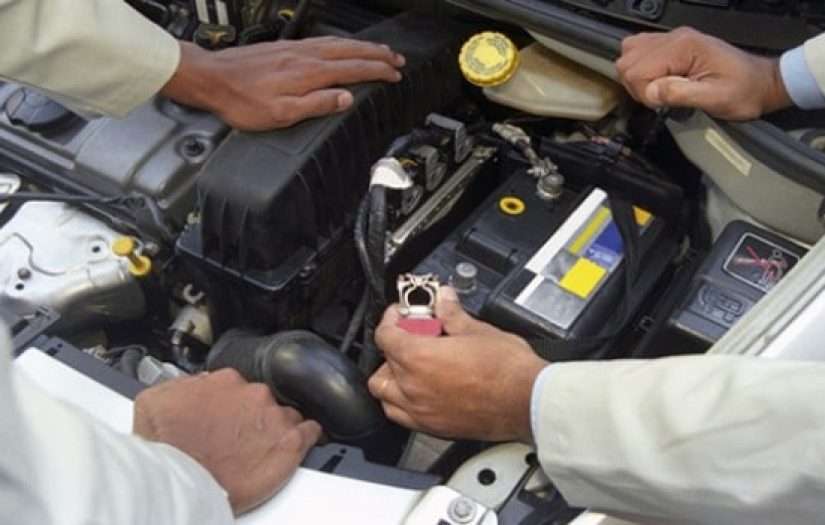 Battery composition and construction has changed more in the last several years than it had in the prior four decades.  New battery chemistries and constructions are gaining increasing traction with OEs around the world and are becoming increasingly present as aftermarket alternatives in North America.  In addition, traditional flooded batteries are seeing dramatic improvements in an effort to bring many of the advantages promised by the newer battery types.

The purpose of this article is to review the lead acid battery types available on the market today as well as address the charging and maintenance challenges presented by each one.  In addition, we will present options for keeping batteries of all varieties in optimal condition.

Still the most common battery type that you will find in vehicle starting applications, traditional flooded batteries are characterized by electrodes/plates immersed in a wet electrolyte solution. The primary benefits of flooded batteries are their high power density (power to weight ratio), their relative low cost and their wide availability.  Flooded acid batteries have a large number of plates designed for maximum surface area to deliver maximum current output for optimal vehicle starting power.

The primary drawbacks of traditional flooded batteries are their poor suitability for cycling (deep discharge) applications, their volatile nature when spilled or jarred and their relative susceptibility to vibration deterioration. Flooded acid batteries designed for starting automotive engines are not designed to regularly encounter deep discharge situations.  Repeated deep discharges will result in capacity loss and ultimately in premature failure, as the electrodes disintegrate due to mechanical stresses arising from cycling.

With increasing electrical demand as additional electronics and conveniences are added to today’s vehicles, major battery manufacturers are developing next generation flooded acid batteries that better address the need for a cost effective battery that still delivers high starting power but adds the ability to withstand more frequent cycling.  This is leading to smarter flooded acid batteries, which in turn benefit from the advanced charging logic available from microprocessor-controlled battery chargers.

AGM batteries are fully enclosed VRLA (Valve Regulated Lead Acid) batteries in which the lead plates are suspended within a glass mat separator material.  In an AGM battery, the battery’s electrolyte is held in the glass mat, as opposed to freely flooding the plates.  AGM batteries can come in several types of design, but these essentially condense down into two types:  AGM flat plate and AGM spiral wound, where flat plate appears very similar in outlook to traditional flooded batteries while spiral wound looks quite different, as exemplified by Optima brand batteries.  In each case, the underlying approach is the same, but the look or design of the battery appears different.

AGM battery construction has several advantages.  First, because the glass mat provides structure and support to the plates, the plates can be made from purer lead, resulting in greater power density (power to weight ratio).  Second, AGM batteries can better withstand frequent deep cycling for longer life in those applications.  Today’s vehicles need to be able to support a much higher power demand than vehicles of the past.  As a result of this power demand, vehicle batteries are cycled (drained heavily and recharged) far more than in the past, driving a greater emphasis on battery reserve capacity and the durability needed to stand up to these new usage patterns.  Third, their mat structure makes them much more vibration resistant than traditional flooded batteries.  Finally, they conserve water, as they never require additional water to be added to them.

A primary drawback of AGM batteries is their relatively high cost.  AGM batteries typically cost 50%-100% more than an equivalently powered flooded battery, though some of that initial cost premium could be mitigated by longer unit life, depending on your application.  Another drawback is that AGM batteries require a battery charger that is compatible with their specific charging needs.  Generally, this means employing a “smart” charging routine that incorporates a constant current phase for the majority of the charging process and will precisely control battery voltage throughout the charging process.

Gel Cell batteries are fully enclosed VRLA (Valve Regulated Lead Acid) batteries in which a gelling agent, typically silica fume, is added to sulfuric acid to create a gel-like and immobile electrolyte to reduce movement of the plates inside the battery case.  Gel Cell batteries come in a wide variety of shapes and sizes and are very popular in wheelchair, golf cart and marine applications.

Gel Cell batteries have several advantages versus traditional flooded batteries.  Like AGM batteries, Gel Cell batteries can better withstand frequent deep cycling for longer life in cycling applications.  Today’s vehicles need to be able to support a much higher power demand than vehicles of the past.  As a result of this power demand, vehicle batteries are cycled (drained heavily and recharged) far more than in the past, driving a greater emphasis on battery reserve capacity and the durability needed to stand up to these new usage patterns.  Also like AGM batteries, they are more vibration resistant.  Finally, they feature a long shelf life and can perform successfully in wide operating temperatures.

The primary drawbacks of Gel Cell batteries are similar to AGM batteries:  they typically cost 50%+ more than the equivalent flooded battery and require the use of specialized charging equipment.  Gel Cell batteries require a battery charger that is compatible with their specific charging needs.  Generally, this means employing a “smart” charging routine that incorporates a constant current phase for the majority of the charging process and will precisely control battery voltage throughout the charging process.

So, with batteries labeled more for their application (Deep Cycle, Marine, etc.), it is more important to know their underlying construction (AGM) than application (Deep Cycle) when determining how to charge and maintain those batteries.  As these batteries are more complex and often more expensive than traditional batteries, they too benefit from the use of a quality smart charger when charging and maintaining them.  When charging, find the charge settings that best match the construction (rather than application) and use those for optimal results.

The Charger for All Battery Types… Today and Tomorrow

For technicians and repair facilities, SOLAR Pro-Logix battery chargers offer the peace of mind that batteries are charged correctly, enabling the technician to service their customer’s vehicle in the best manner possible.  Plus, Pro-Logix provides the confidence to the technician that he or she has the right tool for the job, regardless of the battery type in each vehicle.

For consumers, CHARGE IT!  4500 Series battery chargers provide amazing versatility, due to the ability to properly charge virtually any vehicle in their garage, from cars and trucks to tractors and jet skis. In addition, CHARGE IT! 4500 Series battery chargers boast a variety of features that make charging easier and safer. These include automatic operation, Smart Clamp Technology, reverse polarity protection and battery fault detection.

Whether charging a flooded acid battery or a newer AGM or Gel Cell battery, always remember to focus on safety first.  This means wearing protective eyewear and clothing, following all battery manufacturers’ recommendations, reading and understanding equipment usage manuals and never smoking near a battery.  The output cables of any charging or jump starting equipment that you use should be positioned away from any moving engine parts.  You should always work in a well ventilated area. Someone should always be within range of your voice or close enough to come to your aid when you work near a lead-acid battery.

PrevPreviousJNC660 to the Rescue!
Next7 Tips for Heavy-Duty Jump Starting SuccessNext