A Practical Guide to Today’s Batteries and Charging Systems 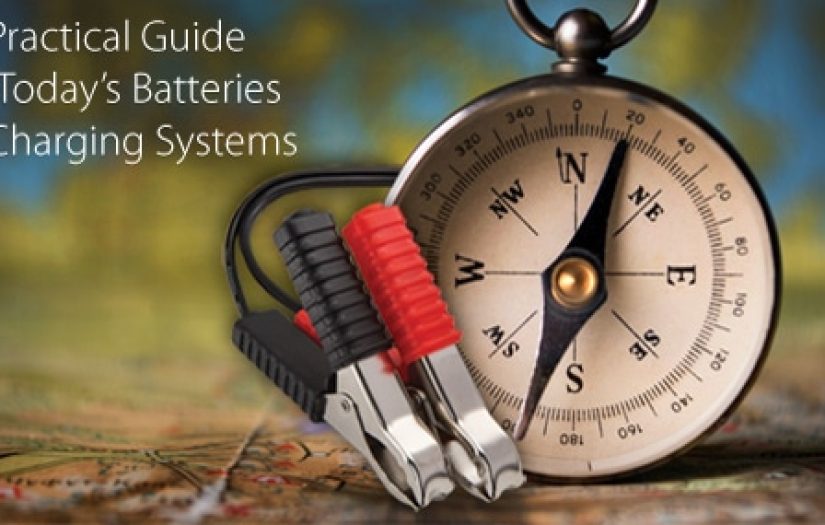 This month, we feature a second in a series of guest articles written by Mr. Albin Moore. Mr. Moore is owner of Big Wrench Repair, an ASE CMAT L1 technician, a frequent contributor to industry publications and forums and has 40 years of experience analyzing and fixing mechanical and electrical problems. We have highlighted his posts/articles in the past. Here, he provides an in depth look at the batteries and charging systems encountered in today’s service environment.

I can remember back when vehicles used 6 Volt batteries with exposed cell connectors. Back in that day, batteries were tested one cell at a time and it was possible to remove a bad cell from the battery and replace just that single cell. Those batteries, as well as their charging systems, needed a lot of maintenance. Topping off the water in the battery was a very common occurrence because the charging systems of the day did a great job of overcharging the batteries, which was the cause of the continual need for water. The old batteries had very thick plates with very high lead content and a very short life span.

As battery and charging systems evolved, batteries became lighter and provided higher amperage output. The thick lead plates gave way to thinner plates, which allowed more plates per cell. This allowed a higher energy output from the battery and a longer battery life. Changes in charging systems allowed for not only longer battery life, but reduced parasitic load on the engine.

Every new vehicle model year brings changes in technology and one area where the technology has changed significantly is battery construction. On the surface, batteries seem rather simple, but stop and think about the demands the vehicle puts on a battery.

The battery does so much more than simply start the engine. Its job starts a long time before the driver sticks the ignition key in the switch and commands the starter on. The battery needs to power many electronic modules, some of which are alive at all times. As the driver walks to the vehicle, remote door locks are activated and several different modules wake up. This all takes electrical power. If system voltage falls below a specific value, warning lights may come on and some systems may not function. The bottom line is, “the battery needs to supply good clean power to the vehicle to get the engine started and for all systems to operate properly.” That’s a pretty tall order.

Flooded Cell batteries have the electrolyte poured into the battery as a liquid. Gel Cell batteries use an electrolyte that is a gelled substance. AGM batteries have two different types of construction based on their plate design: Flat Plate (similar in shape and look to a lead/acid battery) and Spiral Wound constructions. With the AGM batteries, the electrolyte is absorbed into fiberglass cell separators. This manufacturing process results in a little heavier battery than its flooded acid counterpart, but it also makes AGM batteries extremely robust and virtually unaffected by vibration. Gel Cell and AGM batteries are sealed, with only a place for the battery to vent in case something goes wrong with the charging system resulting in the expulsion of hydrogen gas.

When it is time to replace a battery, you really shouldn’t grab just any battery that will fit into the battery carrier. It is very important to use the battery that is designed for the vehicle. That includes battery size, battery type (construction) and battery capacity (CCA rating or reserve minutes value). Some vehicles, such as those that employ auto START-STOP systems, use a battery with a different internal construction that will withstand the constant load of starting the engine many times in a short period of time.

Again, I would like to stress the need to use the correct battery that is designed for the vehicle. Many times a vehicle owner is tempted to “upgrade” their battery by installing an AGM or Gel Cell battery with the thought that the upgraded battery will give them better starting power and a longer battery life. Sometimes this will work, but many times this thought process will backfire. AGM batteries require different charging voltages and amperage than the flooded cell batteries. If you are lucky, the charging system in your vehicle will be compatible with the upgraded battery, but on the flip side, many times the charging system is NOT compatible and the life of the “upgrade” battery will be short lived.

At this point, the vehicle owner is quick to put blame on the battery, saying the higher priced battery is junk. No, in reality, the battery was installed in a vehicle that was not compatible with it and the attempt to upgrade went sour, causing an expense and inconvenience which was not caused by the battery itself.

On many computer-controlled charging systems, it is not uncommon to see over 15 Volts after a cold engine start. As the engine is warmed up, you might see charging voltage decrease to 13.8 Volts. Don’t get alarmed. Most likely, the charging system is working exactly as designed.

If you are working on a late model vehicle with a charging system problem, I would suggest hooking up a scan tool and accessing the charging system data. This data will be a big help with your testing procedure. Two very important pieces of available scan tool information are the desired system voltage and the actual charging voltage. If you want to know the correct charging system voltage, find out what the computer wants. The days of having the magic number stored in your head are gone – find out what the system wants. Then, compare that value against what the system is actually providing.

As the internal battery construction has changed, so has the need for different ways of charging a battery with a battery charger. The days of just grabbing a charger, hooking it up, turning it on and leaving it to charge for a while are gone. Using this charging procedure is a great way to either ruin a battery or shorten its lifespan.

To demonstrate the difference in battery chargers, I have used a 2011 GMC Terrain that has had a new battery installed recently. This vehicle uses the common flooded cell lead acid battery to supply power to the accessories and start the engine. The battery state of charge was tested and found to be at full charge. The headlights were turned on for about 10 minutes to draw some energy from the battery and a manual battery charger was hooked to the vehicle.

In the captured waveform, the voltage will start and stay at 15.76 volts, which is not all that bad, since the regulated charging voltage from the vehicle generator can get that high if the ambient temperature is very low. While the voltage from the vehicle charging system can start this high, it will not stay that way for very long. The thing that sticks out is the charging voltage and charging current from the manual charger. The green trace is displaying the charging current, which is not a very smooth supply of current to the vehicle’s electrical system. Have you ever hooked a battery charger to a vehicle, then turned the key on and heard a harsh buzzing sound coming from the radio speakers? This buzzing sound is coming from the dirty power supply from the battery charger. This voltage pulsation and amperage pulsation is rather harsh on electrical components, especially computer modules and scan tools, if you should have one hooked to the vehicle.

Even if the charger is used on a battery that is unhooked from the vehicle, this charger will continue to charge at 15.76 Volts and a minimum of 15 amps until the charger is turned off. If the charger gets left on after the battery has achieved its full charge, the battery plates will start to heat up, which causes the plates to warp. If the charger is left on long enough, the electrolyte in the battery will also start to boil. At this point, the life of the battery is being boiled away. If the battery being charged happens to be a Gel Cell battery, or an AGM battery, it is even worse. The voltage output of this charger will start reducing the life of the battery as soon as it is turned on. If you are using a charger as described, it would be a good thing to do a battery charger upgrade and invest in a good quality smart charger.

There are many different kinds of smart chargers on the market today. The charger used in this demonstration is the PRO-LOGIX PL2320. It has options for 6 or 12 Volt operation and specific settings for Standard, AGM, or Gel Cell batteries. There are also charge rate settings of 2, 10, or 20 amps. This is a great charger to hook to a vehicle when you are working on the vehicle to keep the battery maintained. To test this charger, again the headlights have been turned on for about 10 minutes to draw energy from the battery and the charger has been turned on.

This charger will continue to charge until it has completed its prescribed charging stages and then turns itself off. One of the great features of this charger is the clean power supply. When using this charger, you will never hear a hum from the radio speakers, since the voltage and current output of the charger is very smooth.

If you have a question about what your battery charger will output, hook up a labscope to the working charger and let the waveform tell you what is going on. As battery technology changes, it is very important to keep your battery chargers up to date.