AGM Batteries – What You Need to Know 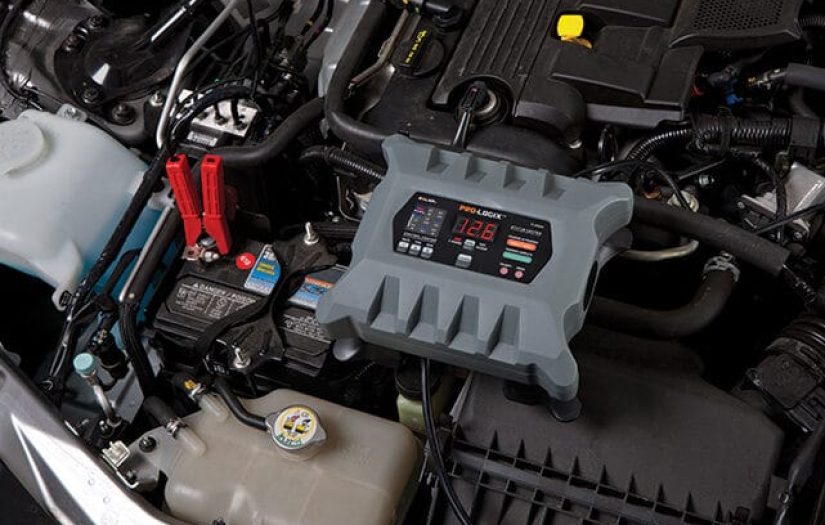 We have written about the AGM battery on several previous occasions, first introducing it to our audience when very few new vehicles were equipped with them, then addressing some of the unique service aspects of the AGM battery versus the traditional flooded lead acid battery. In the time we have been writing this blog, the AGM battery has significantly increased in popularity, including in new vehicle installations, vehicle replacement battery applications and non-vehicle installations. In fact, the global market for AGM batteries exceeded $10B in 2020 and is expected to grow to nearly $15B by 2027 (marketstudyreport.com). So, understanding how to diagnose and service this versatile battery type is increasing important for technicians, repair shops, vehicle owners and anyone who has AGM batteries installed in their equipment

Why Has the AGM Battery Become So Popular?

Several market forces have combined to drive the growth of AGM battery usage, but in our opinion, the key aspect driving AGM growth is the ability of AGM batteries to better handle deep discharge applications and sustain their performance over time in these applications. This includes the usage of AGM batteries in the vast majority of vehicle Stop-Start applications in the North American carpark. Stop-Start operation results in deeper discharge of the vehicle’s battery(ies) – some systems use a multi-battery configuration – than does a traditional electrical system design. As a result, many OEs have chosen to install AGM batteries into their Stop-Start system configurations to withstand the stress caused by the repeated starting and periods of battery only system support during stops that are characteristic of the systems. In addition, the ability to handle deep discharge conditions makes the AGM battery great for a variety of other applications, such as marine, RV, powersport, racing and backup power applications.

What Makes the AGM Battery Different?

The term AGM stands for Absorbent Glass Mat. In an AGM battery, each lead plate is wrapped in fiberglass mat material, allowing the plates to be very thin and enabling more plates to be built into the battery, which results greater power (since a battery’s power is a function of its total plate surface). Then, when electrolyte is added to the battery it is absorbed by or suspended in this fiberglass mat material. This is very different than the free liquid found in a flooded lead acid battery. Also, the AGM battery is sealed and maintenance free, eliminating the ability to or need for adding water to it over time.

These differences in construction are what causes its characteristics to be different than a flooded lead acid battery. As we noted above, its construction allows an AGM battery to fully recover from deeper discharge situations, allowing it to be deployed in applications where a flooded battery would not survive. AGM batteries are also significantly more vibration resistant, allowing them to be used in applications where they will see rougher treatment. And, because they are sealed, they can be stored, charged and discharged in any position, allowing them to be installed into applications where a flooded battery would spill and damaged the equipment it is installed in. For instance, our handheld jump starters are used and stored in a variety of situations and conditions without issue, thanks to their internal AGM batteries.

What Do I Need to Know to Service AGM Batteries?

Since the AGM battery utilizes a completely different construction than a flooded battery, these changes have implications when it comes to servicing them, especially when it comes to charging and maintaining these batteries. Because they are completely sealed, AGM batteries are very sensitive to voltage (in a battery, voltage equals pressure). This means that care must be taken to not overcharge (raise the voltage too high on) an AGM battery. Most AGM batteries have a maximum voltage limitation from 14.4V to 14.65V at 70˚F.

The most important thing to keep in mind is that any charger or maintainer used on your AGM battery must be AGM compatible or AGM optimized. It is critical to confirm that any charging equipment is safe for use on an AGM battery (compatible) or specifically design for AGM service (optimized). All SOLAR PRO-LOGIX and CHARGE IT! battery chargers and maintainers are safe for use on AGM batteries and most models have specific charging routines available for optimal AGM charging (more below).

Beyond using a properly calibrated charging device, what else should you keep in mind when it comes to servicing these batteries? Here’s a quick checklist adapted and augmented from an article published over at practical-sailor.com:

When it Comes to AGM Charging – We’ve Got You Covered!

Whether you need a wheeled charger for high power charging in a busy service facility, a portable charger to support a wide variety of service applications or a battery maintainer to keep your “baby” ready for the spring thaw, AGM charging is built into the DNA of PRO-LOGIX chargers.

What has your experience been like with AGM batteries? Any horror stories to share? Any service issues you’ve encountered? We’d love to hear about them in the comments below.