Helping Others with JNC 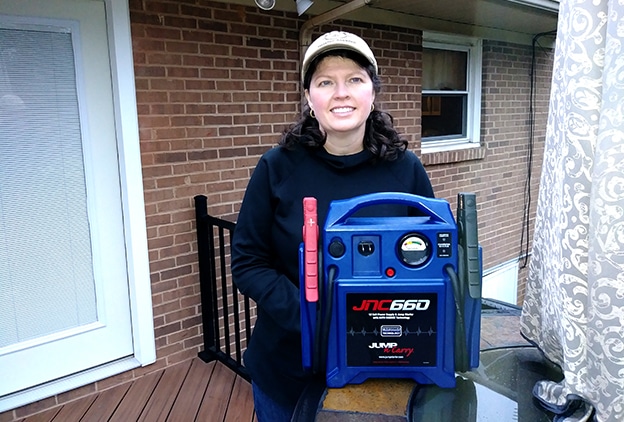 We have stated this before, but it bears repeating. Our customers are some of the most generous and kindhearted people we know. We have received countless stories of how they have used products manufactured by us to not only alleviate a problem in their own lives, but also to help other people overcome hassles and challenges.

Below is yet an another example. Keep it up – you guys are awesome!

“It is very rewarding to be able to help others who are stranded because of a dead battery. You’d be surprised at how long people say they’ve been waiting for someone to offer help.

A few years ago, we were on vacation in Myrtle Beach, SC. We went to visit a local attraction called Broadway at the Beach. When we first pulled in, we noticed a car with its hood up, so we pulled up beside them to see if they thought the battery was their issue. It turns out they had left their lights on and their battery had run down. They had been trying for almost an hour to get someone from security to come help them, but were still waiting.

They had two small children that were starting to lose their patience and their special day out was being clouded by the frustration of having to depend on security that was apparently in no rush to help them. They were extremely grateful that we offered the use of our JNC660 Jump Starter. I believe that being able to help them out of a tough situation blessed us as much as it did them.

I feel more confident taking trips, knowing that I have the JNC660 in the van if I need it.”

For this month’s tech resource, we’ve got another electrical mystery, this time on a 2019 Chevrolet Impala equipped with Auto Stop/Start function, courtesy of William in West Virginia. The complaint was that the vehicle wouldn’t resume operation after a Stop event....

The PRO-LOGIX PL2545 12V Battery Charger is the perfect battery service tool for busy service operations and home enthusiasts alike. It provides three critical functions for anyone wishing to effectively manage the vehicle batteries in their life: 1. Battery charger...

“Well, I'm a shop technician for a small construction company. I have to keep things moving – the equipment and plow truck. So, during the winter, when the boss goes home to sleep, I’m in charge of break downs. One truck we had was an F550 dump with plow. It lost...