Endless Jump Starts (Without a Battery) 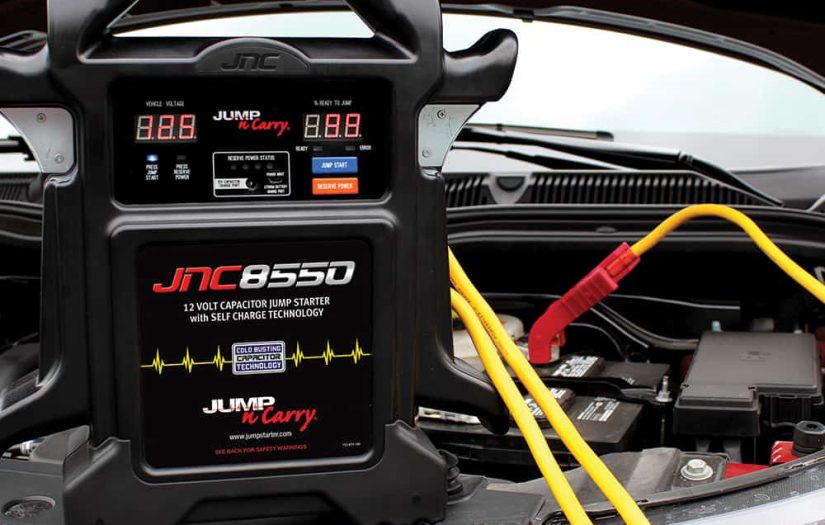 Well, we’ve got a new one to lay on you. What if we said we now offered a jump starter that could provide endless jump starts, was unaffected by the cold, had an amazingly long life cycle and didn’t contain a battery? You’d probably call us crazy… but, that’s what we’re saying.

Impervious to the Cold (Mostly)

Ultracapacitors maintain their power output in a very wide temperature range as compared to batteries. Essentially, they provide the same power in -30˚F temperatures as they do in 70˚F temperatures, which means they are much more efficient for cold temperature jump starting. They do begin to degrade under -30˚F (hence our “Mostly” caveat above), but for most starting environments, performance to -30˚F meets the need.

These models offer a super duty cycle in two ways. First, they can be quickly recharged after each start, essentially allowing endless jump starts in a row. Once the disable vehicle is started, and alternator output has commenced, the jump starter can typically be fully recharged in 10-20 seconds, with no adverse effect or chance of overcharge. This changes the equation for busy jump starting environments, such as vehicle dealerships and auction houses. Second, the ultracapacitor power supply has a 10,000 charge lifespan. That’s a lot of jump starts – a 2X to 3X improvement over lead acid or lithium jump starters.

This units are exceptionally powerful. Because they offer the same output at low temperatures as at room temperature, they compare against battery-driven units with much higher output ratings. Cap units also offer huge weight savings compared to lead acid battery powered models, weighing in around 10 pounds, a savings of around 75% on a comparable basis.

Not Exactly Without a Battery

The no battery headline is a little misleading. These do have an internal battery, but it is not used to start the disabled vehicle. The primary downside of the ultracapacitor power supply is that it doesn’t hold a charge very long as compared to a battery. That’s OK because our units can be charged from the disabled vehicle’s battery when it is above a specific level. But, what to do when the disabled vehicle’s battery is extremely discharged? In these cases, we have in internal reserve power lithium battery that can be used to charge the ultracapacitor, readying it for the jump starting application. Plus, the unit figures all of this out for the operator, indicating to them what to do based on the specific details of each jump starting situation.

Any way you slice it, these units are pretty cool and we’re super excited about them and the potential they hold for the future of jump starting.

PrevPreviousGetting the Most from Your Jump Starter
NextHelping Others with JNCNext