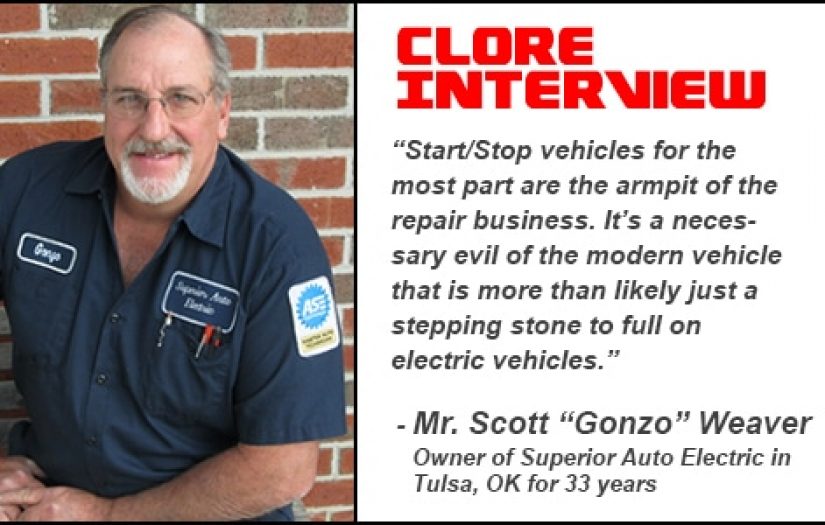 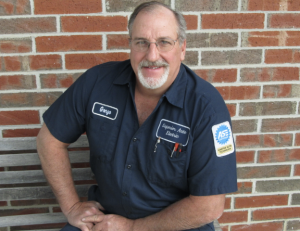 This month, we feature a guest interview with Mr. Scott “Gonzo” Weaver. Gonzo is an ASE Master mechanic, author, instructor, and writer for several automotive trade publications, including his popular Gonzo’s Toolbox series of articles. He owned and operated Superior Auto Electric in Tulsa, OK for 33 years. We have highlighted his articles in the past. We are excited to have him join us for a discussion about the issues related to servicing modern electrical system. 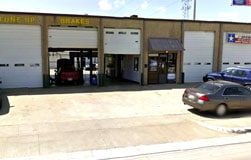 Clore:  What are some of the service challenges that shops face with the proliferation of starting battery types found in today’s vehicles and how you and your team addressed those challenges?

Regarding the differences of the AGM, flooded, and any other types of batteries in today’s cars, the real problem is in testing it properly. First, the battery type must be properly identified, which can be tricky. Then, you also have to understand the vehicle’s charging strategy related to that particular battery. This means knowing which vehicles use a variable output alternator and which use the PCM as the regulator for the charge output. Over time, the shop essentially builds a working understanding of each make and model, the charging mechanisms deployed by each and the proper testing strategy that will yield an accurate assessment of charging system performance. Basically put… learn as you go…and keep going, but always practice what you’ve learned and learn from your practice.

Clore:  How does Start-Stop impact the service picture?

Start/Stop vehicles for the most part are the armpit of the repair business. It’s a necessary evil of the modern vehicle that is more than likely just a stepping stone to full on electric vehicles. Most manufacturers are utilizing the same space under the hood to accomplish the Start/Stop technology to avoid redesigning the entire vehicle to accommodate it. But, the system is interconnected with the VVT (variable valve timing) and Atkinson cycling to lower the compression of the engine so it will spin easier and start smoother.

Most pro techs generally turn off the feature while running tests. But, the real issue is educating the customer. For example, the guy who brought his Start/Stop Jeep into the shop because the Start/Stop was inoperative. It takes the tech all of about 5 seconds to read the info screen that clearly states that the Start/Stop was disabled due to the fact that it had to do a relearn procedure. The relearn procedure, BTW, is done every time the battery is disconnected.  This procedure can take several drive hours to several days to fully relearn. What is it relearning? The battery temperature, voltage levels, and current for that particular battery. If the system doesn’t know the condition of the battery, it cannot safely shut the vehicle off.  (Side bar – every Start/Stop system utilizes two forms of energy storage.  Either a second battery or, as in some of the GM (and others), a set of quick charge capacitors are used as a secondary voltage source for the Start/Stop system.)

Clore:  From our point of view, the role of the charger within the shop workflow has changed significantly in the last 10-15 years. Could you share a few examples where you deploy a charger to provide steady power to the system during a diagnosis or repair task?

Yes, in today’s shop, the battery charger has less work as a battery ‘charger’ and more duties as a battery maintainer / power supply. In most cases, while running basic tests, the battery level has to be maintained above a minimum level in order for all the computers and systems to function and report any issues. The other power supply task is to reduce any charging ripples, to keep a nice smooth electrical flow through the vehicle, while programming, software updating or replacing components.

Basically, the old stand by battery charger still has a function in the shop, but the newer type of chargers are much smarter, and have a more important duty in the shop than ever before. Let’s face it, today’s cars are rolling computers, and computers don’t like voltage spikes and fluctuations.

Clore:  What is your preferred approach to battery analysis, electronic testing, carbon pile testing or a combination of both? 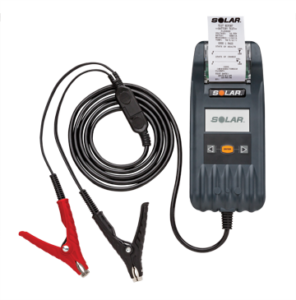 In today’s automotive repair, everything starts with the battery. Properly testing the battery with the correct type of equipment is essential. Any test results you are trying to gather from that point on are based on the SOH (state of health) of the battery. Carbon pile testing is still widely used, but electronic testers (such as the SOLAR BA327) can test a battery without the need of the aggressively pulling the battery load down, as is done with a carbon pile tester.

Clore:  Does your approach change based on the battery type, for instance a traditional flooded battery versus an AGM battery?

Absolutely, as I mentioned before… proper testing results in proper results.

Clore:  At your shop, did you deploy a “test every vehicle” program for battery and system health?  If so, did you find it beneficial for both your operation and your customers?

Yes, every car was tested if it came in for any type of diagnostics that required the use of any electronic scanner or scope. We did this not only to achieve proper results based on voltage supply, but to help protect our equipment from running on a low voltage stream or the occasional alternator with a huge voltage spike.

Clore:  While we realize that it takes a combination of methods and strategies to overcome parasitic drains, what is you go-to strategy related to them?

Parasitic drain or ‘Off key draw’ (as some manuals and manufactures refer to it as) requires a precise amperage tool that can read down to at least 2 decimal points.  We use this method to establish the base amperage pull from the battery and then using a millivolt scale on a good multi-meter check for any voltage on each fused circuit at the fuse boxes. This narrows it down to one or two circuits that are causing the issue.  Then, with those circuits off line go back and check the reading on the amp meter. If it is within spec, then obviously further testing on those affected circuits can continue. If there is no change in the amp meter readings, obviously you haven’t found the source yet.

Clore:  What do you think is the biggest misperception you saw among your customers related to the starting/charging system in their vehicles?

LOL, that’s a good question.  For me, it’s the ‘old school’ mentality that an alternator puts out 14 volts and that is that.  Or the old boy who just has to have an aftermarket volt meter wired up to his battery and has slung the wires from under the hood and through the car door. Then, while driving down the road or stopped at a stop sign, he notices the alternator output dropping off or completely gone. The old school thought process of diagnosing it would have you replacing the alternator, when in fact, it’s more than likely a variable output type system that is operating exactly as intended.

Clore:  If you had a chance to share one piece of advice with vehicle owners related to these systems, what would it be?

Your vehicle is usually the most expensive piece of machinery you’ll ever own. Sure, your house is more expensive, but the house doesn’t need a dozen computers to operate. And, it won’t be long before the automatous car is not just an experimental but will be in every garage. With that said, why would you have your car serviced at the cheapest place you can find? As usual, you get what you paid for. It used to be that a lot of car repair could be accomplished by asking what the most likely cause was and swap some sort of widget or gadget under the hood. These days, swapping parts can lead to a ton of electronic software and communication issues.

When you do need service, look for a repair shop that has the ASE blue seal on the door, or the equivalent. If you run across a place that tells you they don’t need to be certified to work on your car, ask yourself, “Would you go to a doctor that wasn’t certified?”

Check references and ask to see their certifications (most quality shops will have those certifications near the front desk, kind of like when you go to the exam room at your private doctor, they usually will have some sort of certificate on the wall).

Don’t rely on the internet for your answers. Rely on the internet to get you to the right mechanic and let the mechanic find the right answers. Today’s cars are far too expensive and far too complicated to take chances or guesses at. We have reached the point in time where the service mechanic is far more educated than most consumers give them credit for. It’s not a grease monkey world out there anymore.

You can learn more about vehicle service and repair at Gonzo’s website: https://www.gonzostoolbox.com.