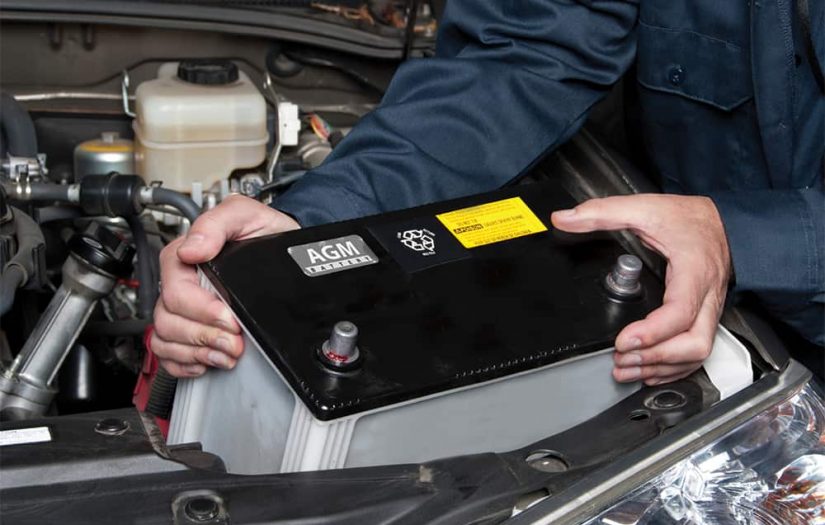 For many of you, the AGM battery is a familiar item. Perhaps you have a bass boat with an Odyssey battery powering your trolling motor or a vintage car equipped with an Optima battery. If this is the case, you likely know that these batteries require different equipment when servicing them (sometimes). But for most vehicle and equipment owners, the AGM battery brings more questions than answers. So, we thought we’d take this opportunity to address some of the service implications of AGM batteries, which are becoming more and more prevalent in today’s vehicles.

What is an AGM Battery? 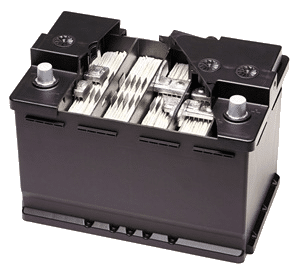 First let’s start by defining what an AGM Battery is and why is it becoming increasingly popular in today’s vehicles. The AGM battery is a modified version of the traditional lead acid battery, with several construction changes to allow it to deliver improved performance in several areas. These construction changes include the use of thinner lead plates, allowing more plates to be packed into the same battery size, which results in greater power. The thinner lead plates can be used because each plate is wrapped in an absorbent fiberglass mat material, which provides structure to that thin plate, keeps the plates from touching and creates a medium in which the battery’s electrolyte is suspended. This mat is what gives these batteries their name (Absorbent Glass Mat – AGM). Finally, because these batteries do not have liquid electrolyte, or are not “flooded”, they are completely sealed, as opposed to a traditional flooded acid battery with fill caps.

These construction changes result in battery that is more powerful, more durable, longer lasting and better able to handle deeper discharging than a traditional lead acid battery. This last feature is the reason they have become more popular – their able to be more deeply discharged without harm has made the AGM battery the battery of choice for vehicles equipped with Stop-Start technology. This technology, as we have all come to experience, turns the engine off with each stop to reduce fuel consumption. Doing so places greater strain on the vehicle’s battery, since the vehicle’s systems must remain powered during the stop, and results in the battery getting more heavily discharged more often than happens with traditional system designs. Due to this evolution in vehicle system design, the number of new vehicles manufactured using AGM batteries has increased significantly over the past ten years.

What Does this Mean for Service?

Because the AGM battery features a different construction than traditional lead acid batteries, there are service implications that result. One of the biggest questions we get from professionals and consumers alike is, “How do I know what type of battery it is?” This is a great question. The good news is that, starting around 2010, the battery manufacturers and vehicle OEMs did a better job of labeling these batteries AGM. So, the first place we suggest you check is on the battery label itself. Since these batteries are considerably more expensive than standard lead acid batteries, their AGM construction is usually highlighted. Second, check the battery model number. Often, it could have a suffix such as -AGM. Lastly, check your vehicle owner’s manual – if the vehicle is specified to have an AGM battery installed, it is often called out there. Also, for shops, check your shop information system. These usually do a good job of identifying the battery type specified for each vehicle.

So now you have identified that the vehicle in question does, in fact, contain an AGM battery. What does this mean for servicing it? Of course, that answer is, “It depends!” We’re not trying to make this harder than it has to be, but it really comes down to what type of service we are talking about, as you’ll see below.

Jump Starting – When it comes to jump starting a vehicle with an AGM battery, whether that vehicle is a more traditional design or is equipped with Stop-Start technology, you should proceed as usual. The jump starting process is essentially augmenting the vehicle’s starting battery (which for some reason is not up to the task of starting the vehicle) with additional battery capacity. It is a DC-DC connection and the jump starter is roughly the same voltage as your vehicle’s starting battery. So, connect as you normally would, following the proper connection procedure, and attempt the jump start. When it comes to jump starting AGM batteries, it is very straightforward (unlike other service applications).

Charging – AGM batteries are much more sensitive than traditional lead acid batteries when it comes to charging. This falls into two specific areas: the requirements of the overall charging approach/routine and sensitivity to voltage. Traditional lead acid batteries are very forgiving and can take a multitude of charging approaches and keeping on ticking. Not so with AGM batteries, which want a very specific approach and sequence when it comes to charging. They want a constant current bulk charging phase followed by a constant voltage absorption phase, just like what we deliver with our PRO-LOGIX charging approach. In addition, because they are sealed, they are very sensitive to voltage. For batteries, voltage equals pressure. Since the sealed AGM battery has no means to dissipate pressure, voltages must be precisely managed to avoid over pressuring the battery, which can result in degradation of the plates, which eventually will mean that they can no longer hold a charge. So, when charging an AGM battery, it is critical that you use a charger that is specifically designed for use on AGM batteries. This can mean that it is designated “safe” for AGM batteries or, better yet, has a specific charge setting for AGM batteries, like our PRO-LOGIX chargers do. The good news is that these chargers will charge your traditional lead acid batteries better as well.

Your One-Stop Solution for AGM Service 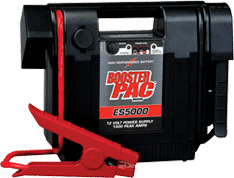 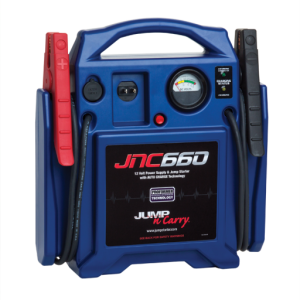 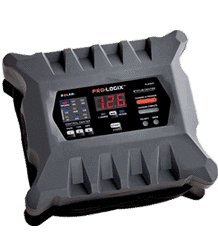 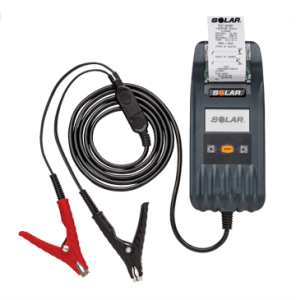 When it comes to servicing AGM batteries, we’ve got you covered. As mentioned above, jump starting AGM batteries is very straightforward. That said, our Booster PAC and Jump-N-Carry traditional jump starters use AGM batteries in them and are legendary for their power and durability. Whether jumping flooded batteries or AGM, they answer the call day after day, year after year.

Our PRO-LOGIX lineup of intelligent battery chargers was created to specifically address the service challenges of charging AGM batteries properly, delivering a beneficial charge every time and enhancing battery capacity with each charge routine performed. Whether you require a charger for periodically addressing a low battery condition or require a charger/maintainer to keep a battery, or multiple batteries, at optimal health over a long period of time, we have a PRO-LOGIX solution for you.

Our SOLAR BA Series digital tester offering, like our PRO-LOGIX chargers, was created to specifically address the challenges of assessing the health of the different battery types found in modern starting applications, especially AGM batteries. One of the big issues of today’s batteries is that they don’t fail in the way that the batteries of 20-30 years ago did. Back then, we would all know that our battery was getting weaker, as the starting cycle crank on our vehicle would get noticeably longer. Changes to vehicle starting system design and modern batteries have combined to largely eliminate that early warning system. Today’s batteries don’t die a gradual death, but fall off a cliff at the end of their life. Digital testing solutions, such as our BA Series testers, can help vehicle owners and service operations better predict when a battery (AGM or other type) is reaching the end of its life.

We get a lot of questions related to this topic and there are many trade publication articles related to it, which tells us that there remains a great deal of confusion when it comes to AGM batteries. We hope that this review of the service implications of AGM batteries helps to reduce some of the confusion and allows you to be more effective and confident when it comes to AGM service.