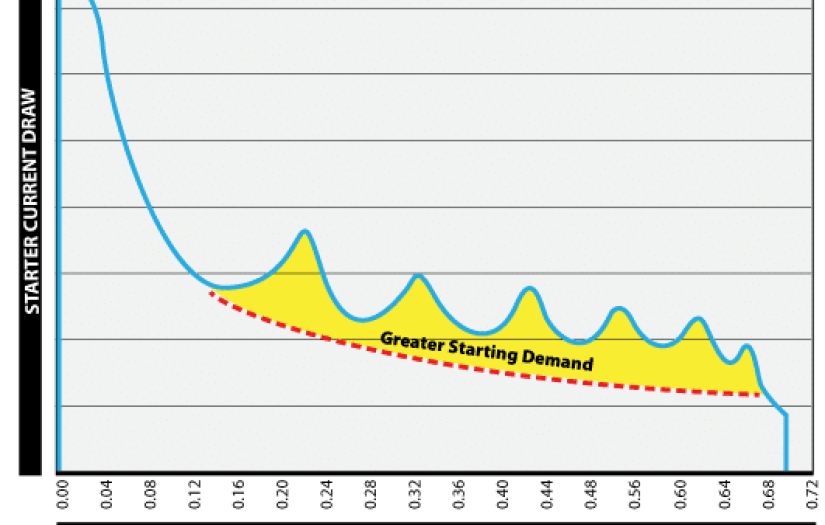 Recently released data shows a significant increase in registrations of clean diesel cars and SUVs from 2010 to 2012. Additionally, continued growth of clean diesel registration is expected over the next several years to raise total share of passenger vehicles from the current 3% to 10% by 2020.*

What does an increase in diesels mean for your service operation and your equipment requirements? Are you in an area where diesel registrations are growing faster than the national average? The accompanying graphic presents some interesting facts about diesel growth and the implications for jump starting applications.

This greater energy density allows clean diesels to achieve greater fuel economy than comparable gas engine-equipped vehicles. This is expected to drive diesel growth as new fuel economy requirements come into effect in the U.S. “Clean diesel vehicle sales are projected to increase as the U.S. moves toward increasing fuel efficiency standards to 54.5 mpg by 2025,” said Allen Schaeffer, the executive director of the Diesel Technology Forum. “Diesel cars and trucks will play a major role in achieving these new standards.”*

Diesels present additional jump starting challenges versus gasoline engines, typically in two ways. First, the diesel cranking duration is usually longer, requiring sustained starting power for a greater period of time. Second, the power required during the starting event is greater, as illustrated in the chart below.

The above chart shows a representative diesel starting curve, as plotted in our lab. The yellow shaded area represents the additional power required during the starting cycle by a diesel engine as compared to a gasoline engine, the curve for which would be much more uniform (as represented by the dashed line).

The additional cranking time combined with the increased power requirement of diesel vehicles has practical implications for vehicle jump starting. Diesel vehicles, when needing the engine starting assistance of a jump starter, place greater demand on the jump starter’s battery than a comparable gasoline vehicle. This greater demand reinforces the need for a quality jump starter that can meet and exceed the vehicle’s requirement, whether starting a diesel passenger vehicle or an over-the-road truck.

When it comes to 12V diesel starting for passenger vehicles, light and medium duty trucks, the high capacity Jump-N-Carry JNC950 delivers the high output, extended power delivery and deep cranking reserve needed to get the job done. Day after day, start after start. It is the perfect jump starter for applications, like diesel starting where deep cranking is the norm, not the exception.