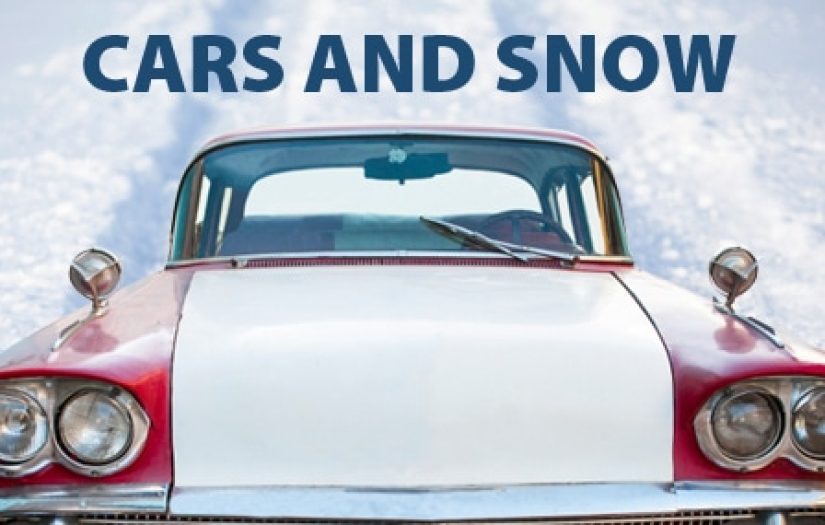 With weekly Polar Vortex sightings and named winter storms, we thought we’d keep it light this month, and spend a little time exploring the intersection of humans, vehicle technology and winter weather. We love our cars, truck, SUVs and minivans. They make our life much easier in many ways, but when extreme winter weather arrives, it can wreak havoc on our vehicles and our ability to get around.

Amazing Instances of Snow and Ice Stranded Vehicles
It was just a few years ago when a huge winter storm barreled into Chicago during a busy workday. Commuters, trying to avoid getting stranded downtown by the weather, took to their cars in an attempt to get home before things got really bad. They were too late. Hundreds of vehicles ended up stranded on Lake Shore Drive with many vehicle owners having to be rescued by first responders on snowmobiles. It was a crazy sight. 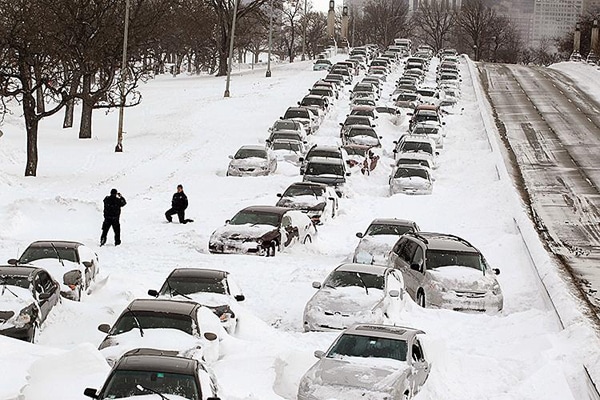 More recently, the heavy snows brought by this winter’s brutal storms have left many drivers stranded, included the owner of a pickup truck in Ontario, whose vehicle ended up completely buried in a snow drift. He had to be rescue by local police, who had a hard time finding him, as only a single taillight was visible when they found him in his vehicle. 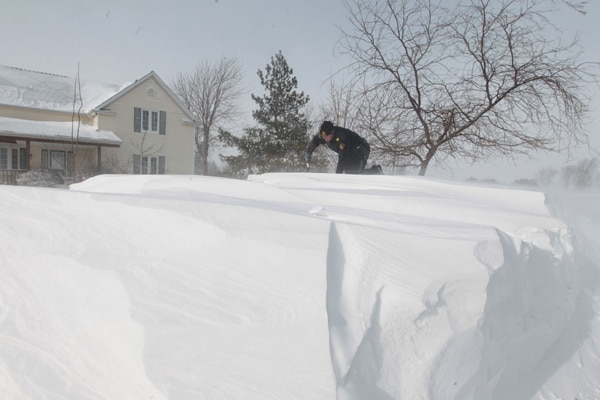 It’s not just snow. Ice also makes vehicle ownership difficult in extreme weather. In New York’s East Village, one vehicle owner found his car covered in a sheet of ice as hard and thick as concrete as a result of a leaky pipe beneath the Manhattan streets. Passersby thought it looked like an ice sculpture, with one remarking, “This right here is ridiculous.” It took a backhoe to break the ice up around the car it was so thick. And when the car was warmed up, the ice on the rear window caused it to shatter. Brutal. 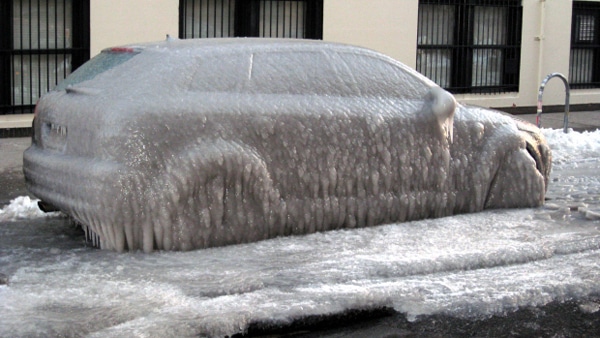 Desperate Parking Strategies
In many urban areas, where parking availability is scarce to begin with, people take desperate measures to protect the parking spot they spent hours digging out from a snow storm. In Chicago, it’s called “Dibs” and is a method of staking claim to that which you worked so hard to achieve. After digging your car out, you put chairs or garbage cans into the space that you just vacated, to ensure your spot is there when you return. It is a controversial topic, with folks on both side of the issue. 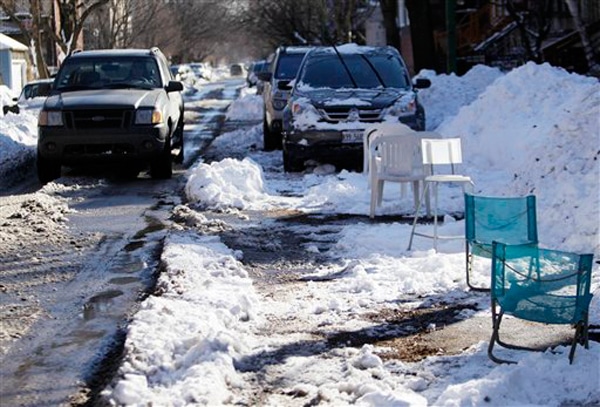 Serious Snow Removal
All of these images of desperate vehicles and vehicle owners got us to thinking about snow removal. We love vehicles of all sizes and shapes here at Clore Automotive, where we make products for everything from motorcycles and lawn tractors to 18 Wheelers. So we wondered, “What’s the meanest snow mover out there?” We can’t say definitively, but the Øverassen TV2000 has to be a contender for the throne. Imagine how fast this beast could clear your driveway!

Wouldn’t You Love This After a Foot of Snow Falls?
Ken Block, rally racer and extreme sports competitor, recently unveiled his RaptorTRAX, a modified F-150 Raptor designed to tear it up on the snow. He plans to use it for “backcountry snowboarding expeditions.” We’d like to use it to head to the grocery store when the streets are impassable. 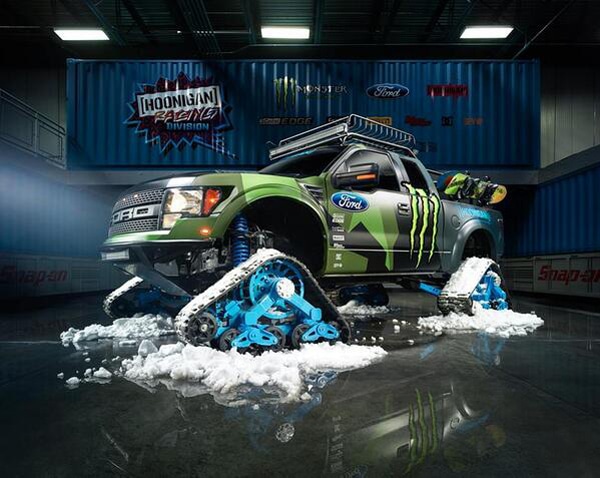 Not a New Problem
In our research, we came across a photo of a Ford Model T modified into a snowmobile. We assumed it was tricked out by someone recently, as a sort of oddity. We were way wrong. People have been working on the “driving in bad conditions” problem for as long as there have been cars. In 1917, Virgil D. White patented a conversion kit to turn a Model T into a “Snowmobile,” a name coined and copyrighted by White. Amazing. 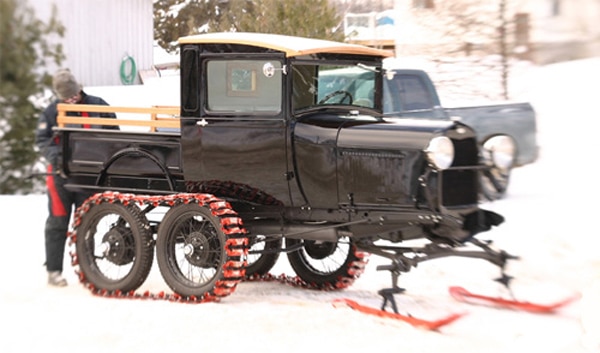 That wraps our snow edition. Stay safe out there in these crazy conditions.

Getting the Most from Your Jump Starter